The Mercury Probe has become an important technique for the measurement of many silicon device parameters because of its ability to form a good Schottky barrier on silicon samples with wide doping concentration range. Unlike other measurement techniques, the Mercury Probe is non-destructive, and requires little, if any, wafer preparation. This technical note briefly explores the subject of mercury contamination of silicon and attempts to justify the claim of nondestructiveness.
Three factors limit the possibility of mercury contamination of silicon. These are: 1) the high surface tension of pure mercury, 2) the low diffusion constant of mercury in silicon, and 3) the ease with which mercury may be removed from silicon. Looking at each of these points in detail, we find that first, pure mercury has no tendency to “wet” silicon surfaces. There is little chance; therefore, that clean mercury will adhere to clean silicon. As mercury oxidizes or picks up impurities from the atmosphere, however, it may adhere to silicon. For this reason, reagent grade, triple distilled mercury should be used in a mercury probe, and the mercury should be changed at regular intervals depending on the frequency of the probe’s use.
If any residual mercury remains on the wafer after probing, it is readily removed with any of several pre-diffusion or pre-oxidation cleaning solutions (e.g. HCl:H202 or H2S04:H202).
Even is a cleaning solution is not used, mercury remaining on the surface of a silicon sample will have minimal effect on device operation if it remains on the wafer during subsequent hightemperature processing. This is due to several factors including the high vapor pressure of mercury that will cause it to evaporate from the wafer at high temperatures, and the large atomic size of mercury with respect to silicon that means that mercury has a very low diffusion constant in silicon and that it forms no eutectic alloys with silicon.
The Mercury Probe, as well as being a rapid and convenient means of contacting silicon, is therefore also a non-destructive technique. 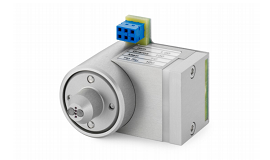 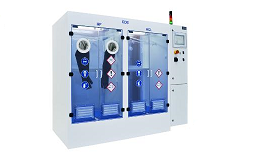 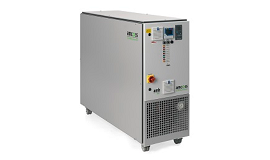 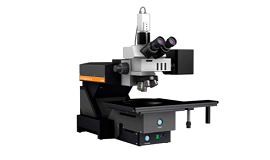